Gallstones: Gallbladder stones are formed when there is an increase or decrease in the production of bile chemicals in the base of the liver, where it is concentrated. These are called gallstones. Round or egg-shaped, these stones are soft and hard. They are 1 to 2.5 mm. They are medium in size.

These stones also form in the gallbladder. It also forms in the bile duct, which drains into the gallbladder and bile duct that connects the liver to the duodenum. These stones, numbering more than 1 to 10, are made up of pigment mixtures with cholesterol or excess bile acids.

Why Do Gallstones Form?

Even after fasting for long days, bile is stored in the gall bladder and later forms stones. Gallstones are rare in children. But with increasing age, the chances of this formation are less.

Occurs more in women than men. It is estimated that 20 per cent of women will have these stones by the time they die. These stones are more likely to form in women who are obese and have given birth to a large number of children. Birth control pills can cause these stones to form in us. 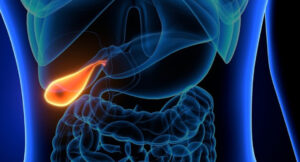 Only 20 per cent of gallstones have symptoms that bother a person.

How To Diagnose Gallstones?

95% of gallstones are diagnosed by ultrasound scanning. It is also diagnosed through blood tests. An ERCP endoscopy test is used to determine if the gallstones seem to have passed out.

Stones that do not cause any problem to man and do not show external symptoms can be left as is in people over 60 years of age. Therefore, it is better to remove them before the age of 60 years.

Gallstones are treated with laparoscopic cholecystectomy, which involves removing the gall bladder along with the stones. This will solve the problem in 95% of cases. Stones do not dissolve if medicines are used.

Now there is a new treatment method. In this treatment, a tube is passed into the patient’s gallbladder, and a solution is injected to dissolve the cholesterol. It dissolves stones. It is important to know if there are any long-term side effects of this treatment.

20 Foods That Have The Potential To Help With Gallstones